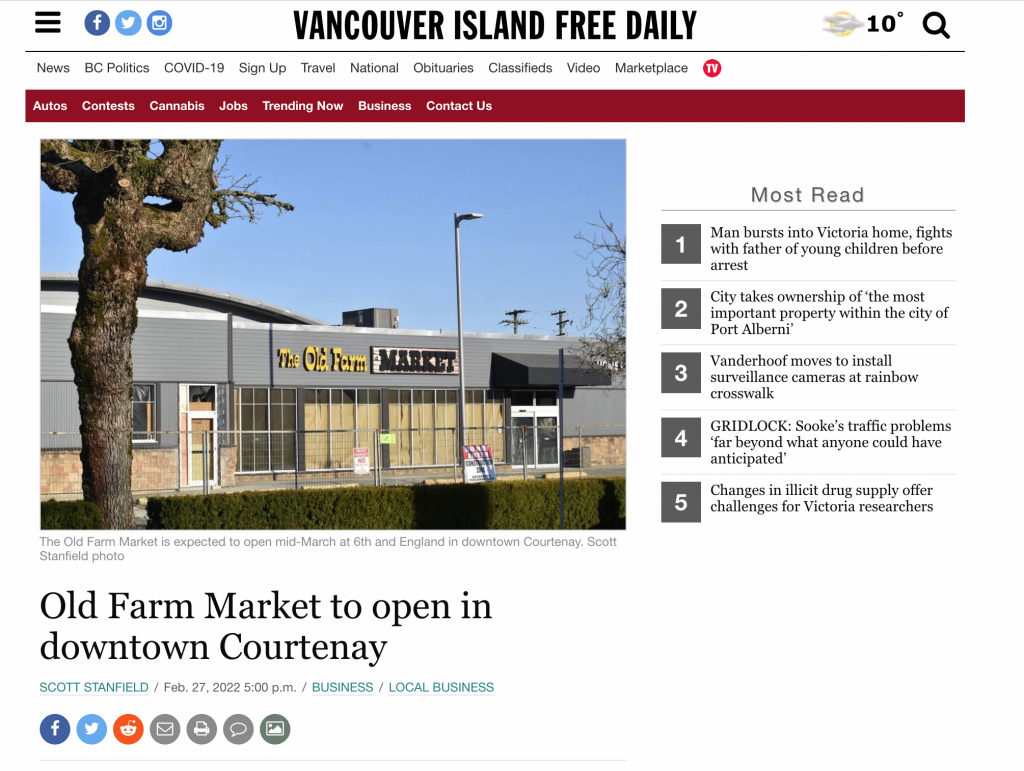 The Old Farm Market is expected to open mid-March at 6th and England in downtown Courtenay. Scott Stanfield photo

The Old Farm Market is opening a store at 6th and England in downtown Courtenay, formerly occupied by Thrifty Foods.

The company hopes to open its doors by mid-March.

The Old Farm Market specializes in farm-fresh, locally grown produce. It has stores in Duncan and in the Oak Bay area in Victoria.

“We will be bigger and will have much more offerings of unique items with the ability to grow our support with local products,” said store manager Rick Gaiga, who had previously managed Thrifty Foods at the same location, and later Quality Foods in Comox. “My team and I are very excited about getting our doors open to be able to serve our community.”

Check out the original article in the Times Colonist below:

Now With Three Convenient Locations To Serve You Better!